2022 Conference details are being updated as available!

The Group was created to help members achieve goals through the sharing of knowledge and collaboration among each other.

Their affiliation with Harris Corporation is that every member of this group shall be a sold / contracted Harris Wireless System owner / operator. 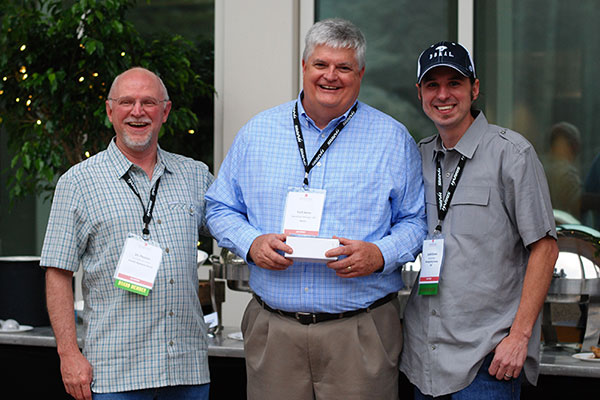 C. Offices. The principal place of business of this Corporation and its initial registered office shall be at 4450 U.S. Highway 1, Vero Beach, Florida 32967 In addition, the Corporation may maintain other offices as its business requires. The Board of Directors may from time to time change the address of its registered office by duly adopted Resolution and filing the appropriate statement with the Department of State of the State of Florida.

Membership in the Corporation shall be available to a sold/contracted HARRIS Wireless System owner/operator as hereafter set forth. Membership shall be divided into two (2) classes, active and associate, with the qualifications for said membership as set forth hereafter:

A. Active. Active Member shall be administrative, technical and supervisory personnel of a governmental, Public Utility or not-for-profit organizations with responsibilities for planning, organizing, staffing, directing and controlling functions required in the design, construction, installation, maintenance, command and/or operation of systems who are full-time employed and salaried by the owning agency of a sold/contractedHARRIS wireless system or any person in direct employment of any non-business agency which leases or uses operational services on a sold/contracted HARRIS Wireless system. All active members shall have full voting rights by virtue of conference registration.

B. Associate. Associate Member Shall be one of the following classes: HARRIS Channel Partner, HARRIS NSP or a HARRIS approved Vendor. An associate member shall NOT have voting rights, nor shall they be able to hold the offices of President, President-Elect or Vice President.

Article III - Board of Directors

C. Method of Selection. The Board of Directors shall be selected and elected by a majority vote of the active members in attendance at the annual meeting.

D. Progression. The progression for the office of President, President -Elect, Vice President and Past President is one year and is an automatic progression. The term of office for each of the 4 Directors is four years, with one of these seats renewal each year. The term of office for Treasurer and Secretary are indefinite, they will be filled upon vacancy of the office. The Board of Directors members shall serve until their successors in office are duly qualified and elected.

F. Powers. The Board of Directors shall have full power and authority over the management of the present Corporation.

H. Notices. Notices shall be as provided in Article IV, paragraph C, hereafter.

A. Annual Meeting. The annual meeting of the Corporation shall be held during the first half of each calendar year at a time and place to be designated by the Board of Directors.

C. Notices. Written or printed notice stating the place, day and hour of the meeting, and in the case of a special meeting, the purpose or purposes for which the meeting is called, must be delivered not less than seven (7) nor more than thirty (30) days before the date of the meeting, either personally, by registered or certified first class mail, by facsimile or by e-mail by or at the direction of the President or the Board of Directors. Said notice shall be given to each member entitled to vote at such meeting. If mailed, the notice will be deemed delivered when deposited in the United States Mail, addressed to the member at his or her address as it appears on the records of the Corporation, with postage prepaid.

D. Quorum of Members. A quorum shall consist of those Active Members present at any meeting of the Corporation. Each Active Member shall have one (1) vote.

E. General. All meetings shall be conducted in accordance with Roberts Rules of Order and a financial statement shall be provided to the membership not less frequently than at the annual meeting of the Corporation.

The officers of the Corporation, who shall be elected at the Annual Meeting, shall consist of the Vice President and one (1) Director. Each of which shall have the following functions:

A. President. The President shall serve as the Executive officer of the Corporation and meetings of the members and shall be responsible for making all committee appointments and delegating assignments to officers and members of the Corporation.

E. Treasurer. The Treasurer shall be responsible for collection of funds, making payments for expenses incurred and providing the Board of Directors and membership with an accounting on a periodic, but not less frequently, than on an annual basis.

The Corporation shall indemnify any and all persons who may serve or who may have served at any time as Board of Directors Members or Officers of the Corporation and their respective heirs, administrators, successors, and assigns against any and all expenses including amounts paid upon judgments, attorney fees and amounts paid in settlement incurred by such persons in connection with the defense or settlement of any claim, action, suit, or proceeding in which they or any of them are made parties or a party or which may be asserted against them or any of them by reason of being or having been Board of Directors Member or Officer acted in good faith and in a manner he or she reasonably believes to be in and not opposed to the best interests of the Corporation. Such indemnification shall be in addition to any of the rights to which those indemnified may be entitled under any law, by-law, agreement, vote of members or otherwise.

The power to alter, amend or repeal the Articles of Incorporation of the Corporation and the By-Laws is vested in the Board of Directors. Such action must be taken at a meeting for which notice of the intended change has been provided in Article IV, paragraph C or pursuant to waivers of notice by a majority of the Board of Directors present.

These By-Laws were amended by the Board of Directors by Resolution on November 1, 2011.